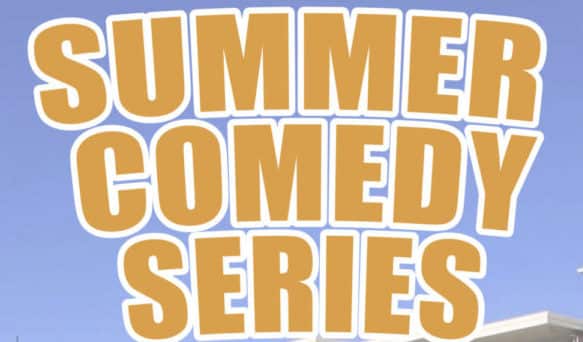 Campbell’s Resort has partnered with LAPH Productions to bring you a brand-new comedy series this summer in beautiful Lake Chelan. Every Saturday in July and August, we’ll be featuring some of our favorite Northwest Comedians. There will be buffet dinner available at each show catered by the talented staff at Campbell’s Resort, as well as a full service bar.

Derek Sheen
Derek Sheen is a cuddly mess of insecurities, a gifted storyteller, actor, and writer. He’s quickly become a favorite among comedy fans all over the globe touring with Patton Oswalt, Brian Posehn, Janeane Garofolo and Rory Scovel! His debut album “Holy Drivel” was recorded by iconic metal producer Matt Bayles (Minus the Bear, Mastodon, Isis) and his NEW ALBUM, “Tiny Idiot”, was produced by the Grammy-nominated Dan Schlissel. Both are available on Stand Up! Records.

Liz Donehue grew up in Seattle, where she realized she wanted to do more with her Creative Writing degree than sleep on her mom’s couch and watch reruns of Ghost Adventures. After relocating to Minneapolis in 2011, she began shaping her edgy and assertive style of comedy at Acme Comedy Company and the Comedy Corner Underground. One year after stepping on stage for the first time, Liz was voted a finalist in the “Funniest Person in the Twin Cities” contest for her sharp, percipient humor and clever writing.