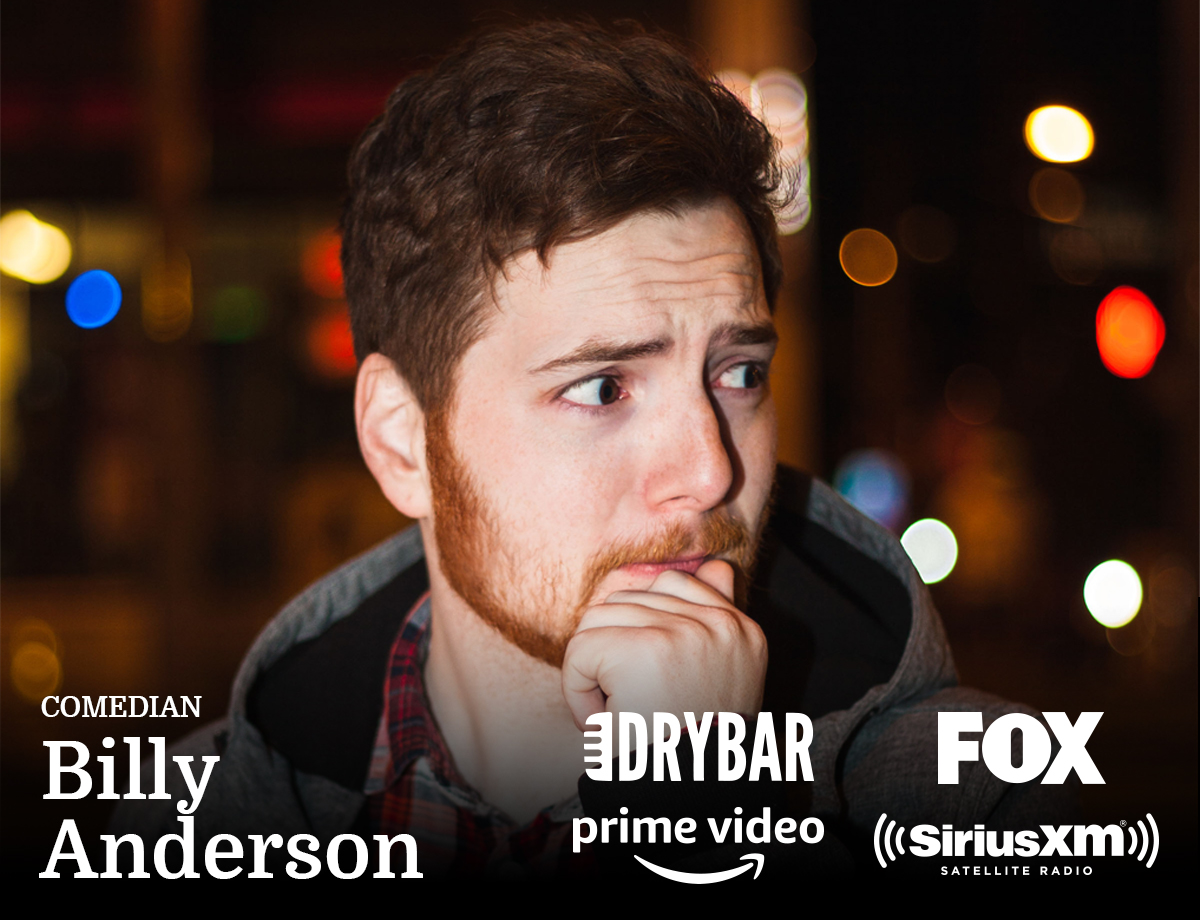 104 W Woodin AveChelanWA98816
Warm up with laughter and join Rotten Apple for a night of Stand-up Comedy @ Campbell’s! Our first winter show kicks off with LA based comedian Billy Anderson who has performed in all 50 states in only 48 days on just his first tour. His act can be heard on Audible and SiriusXM, and in 2017 he made his television premiere on Fox’s “Laughs”. Billy released his debut comedy special “America’s Sweetheart” in 2018 through Amazon Prime, with clips from the special receiving over four million views on social media. In addition to his own comedy, Billy hosts The Gateway Show, which tours internationally.
Get Tickets at: https://rottenapplepresents.com/events/billy-anderson/